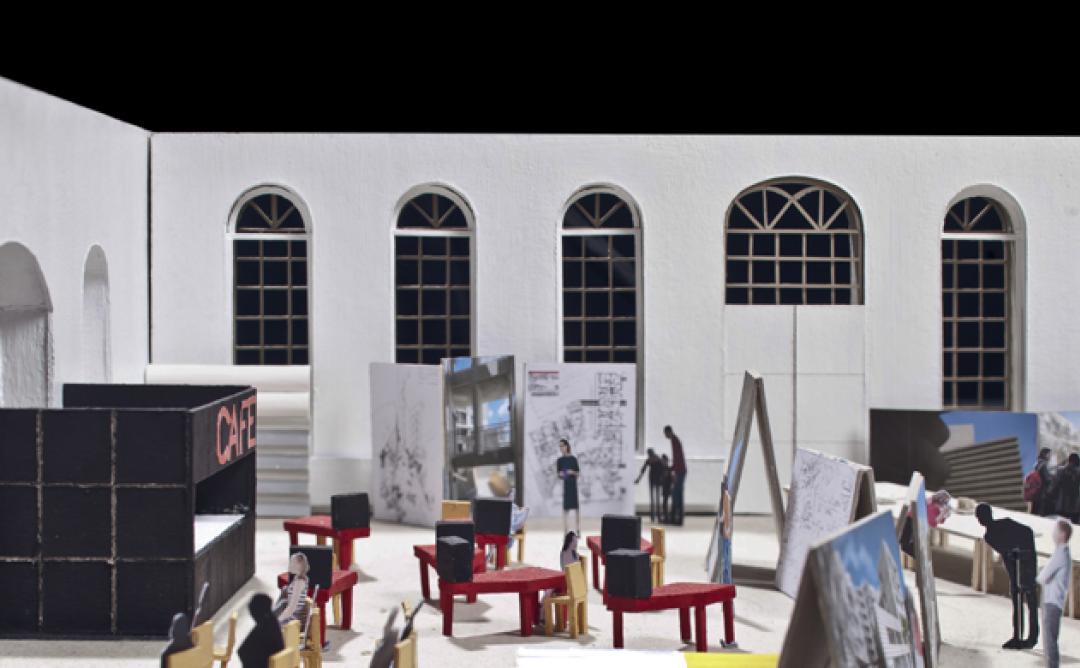 The proposal for Edifici 111 is showcased in Copenhagen

The architectural firm Flores & Prats is showcasing their project for Edifici 111 in Terrassa at an exhibition in the Royal Danish Academy in Copenhagen from 5 September to 25 October 2013. The 'Meeting at the Building' exhibition is the result of a collaboration between the School of Architecture of the Royal Danish Academy of Fine Arts and the guest architects and professors Ricardo Flores and Eva Prats, and features material relating to the design, construction and final status of Edifici 111 in an area of over 700 square metres.

The exhibition builds a scenario in which the everyday social relations of the campus of the Academy's School of Architecture overlap with those established every day by Edifici 111, and can be viewed in a series of videos. According to the architects, the aim is to 'bring a fragment of Barcelona to the Copenhagen campus to set the stage for discussions on the role of architecture in the European welfare society in the third millennium'. Visitors are invited to enter the scenario and get involved in this approach to the possibilities of contemporary social housing.

The exhibition is complemented by the results of the workshop that Flores and Prats held for students at the Royal Danish Academy last January on the design of social housing, during which they studied various cases in Barcelona and Copenhagen.

The exhibition will have a second and very unique complementary space: the showroom of the architectural firm Leth & Gori in an old bakery in the centre of Copenhagen. This will feature projects by Flores & Prats prior to the Edifici 111 venture which already featured some of its most distinctive characteristics. Also, in a reflection of the original activity in the premises, a selection of cakes and biscuits will be produced for the exhibition, featuring the shapes of the projects being exhibited there. The British artist Soraya Smithson and the Barcelona-based patisserie Escribà will be working together to cook these edible projects.

Organised by: Royal Danish Academy, Copenhagen
From:  5 September to 25 October 2013