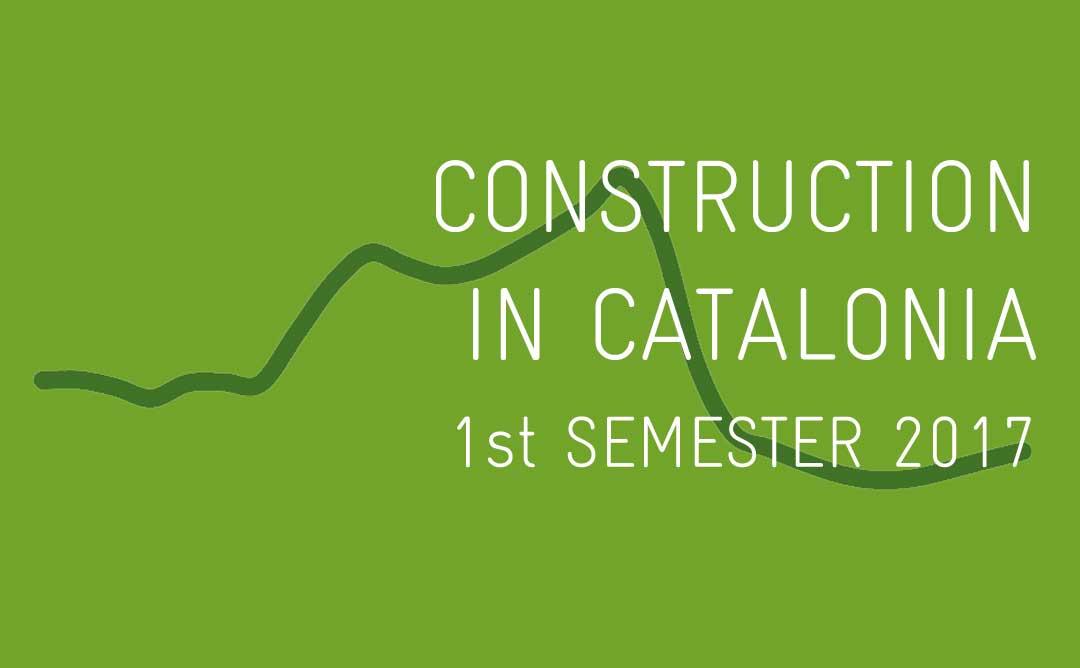 Imatge:
© Col·legi d'Arquitectes de Catalunya (COAC)
In the first six months of 2017, the surface area of projects in execution increased compared to the last six months of 2016, but is still at a very low level with a very uneven regional distribution, the majority of projects being concentrated around the city of Barcelona. Comprehensive building renovation only accounts for 30% of the authorized surface area and there are no immediate signs of growth.

On Wednesday, 19 July, at an open meeting with the media, the COAC analysed the construction and renovation activity in Catalonia during the first six months of 2017, based on projects in the construction phase. Even though the period ended with 2,049,115 m2 of authorized projects, 7% more than the previous six months, the Association would like to highlight the following facts:

1. The authorized construction area continues to be extremely low, very much below the historical minimum of the last 25 years (without taking the crisis years into account).

2. We are not witnessing uniform growth across the whole region. Only the provinces of Barcelona and Girona are experiencing consistent growth.

3. Major projects, which in the last few years had led the growth of the sector, are losing ground compared to smaller projects (of less than 3,000 m2), which continue to grow.

4. The total authorized construction area in Catalonia corresponds to just 4,173 projects, very much below the European figures, and their execution will only allow minimal recovery for architects and other professionals in this sector.

An analysis of the authorized construction area by region
By regional divisions, the area around the city of Barcelona stands out (not taking the city itself into account), having maintained the growth levels that started in 2015. A total of 1,195,689 m2 were authorized this year, 21% more than in the previous half year. Of this total, 54% corresponded to projects of over 3,000 m2.

In the case of the city of Barcelona, the first six-month period of 2017 witnessed a drop compared to the last six months of 2016, mainly due to the fall in the number of projects of over 10,000 m2, which had risen considerably in the previous six-month period.

With regard to the other regions, Girona has grown consistently, this time by 28%, while the Ebro region recorded a one-off increase of 15%, and Tarragona and Lleida fell (by 36% and 1% respectively).

If we make a county-by-county analysis of authorized projects, we can see that the bulk of them are concentrated in the counties of El Barcelonès, El Vallès Occidental and El Baix Llobregat, accounting for 1,031,468 m2 (half of the total). The counties that have grown the most compared to the first six months of 2016 are El Baix Llobregat and El Maresme.

The total number of authorized projects for housing in this six-month period was 6,110, which represents an increase of 36% compared to the second half of 2016. Of this total, 65% are projects in the province of Barcelona (excluding the city itself, which on its own accounts for another 18%).

With regard to the uses for which non-residential projects are intended, only the industrial and health sectors show growth. All the others have dropped. In the case of the industrial sector, 69% of the total can be found in the counties of El Vallès Occidental, El Vallès Oriental and El Baix Llobregat, representing a total of 98,000 m2. We will need to see how the rest of the year progresses before drawing any more conclusions.

In absolute terms, new build continues to show a more significant increase (15%), accounting for 1,389,654 m2 of authorized projects in the first six months of this year. Authorized building renovation projects dropped by 4% compared to the previous period, representing 616,119 m2, an extremely disappointing figure in view of the expectations for this segment.

The building renovation projects authorized by the COAC are those that either affect the overall structure of the building and its layout, or entail a change of use. What we can deduce from this figure is that urban renewal activities, which are necessary given our old and outdated housing stock, involving interventions directly linked to issues such as energy efficiency and sustainability in all buildings, are not being carried out.

CONCLUSIONS
The COAC considers urban renewal to be fundamental, on the one hand, in order to respond to citizens’ needs, both now and in the future; and on the other, in order to redress the situation of collapse in the sector and to contribute, to the extent that we can, to the end of the economic crisis.

In our country, the industry’s legislation is geared more towards new build and is hindering building renovation. Even in periods prior to the crisis, European data placed Spain at the tail end of Western European countries in that regard. Given this observation, it is clear that neither the (state) law on renovation, urban renewal and urban regeneration, dating from 2013, nor the few grants that have been awarded by regional and local administrations have been effective.

Consequently, the Architects’ Association believes it is essential to prioritize urban renewal as a key instrument in:
- Combating climate change.
- Guaranteeing the right to decent and habitable housing.
- Ensuring that our cities, our buildings and our public spaces contribute to progress and social cohesion.
- Contributing to the recovery of the sector in particular and the economy in general.