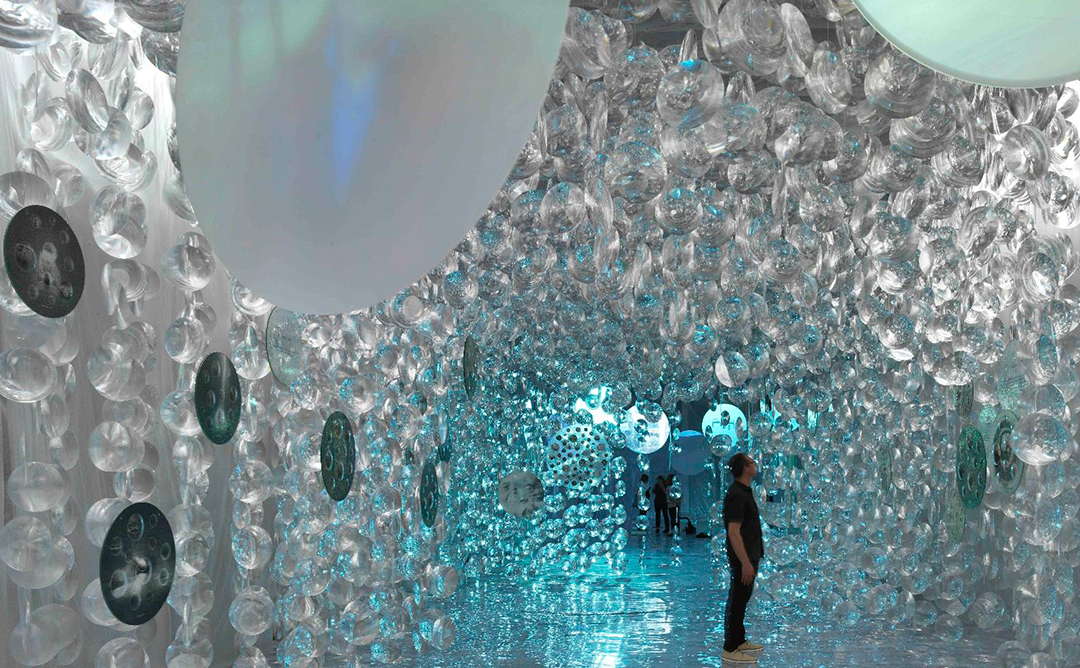 Imatge:
Pavelló català a la Biennal de Venècia © Institut Ramon Llull
The most intimate universe of RCR Arquitectes will be on show in the Eventi Collateralli section of the 16th International Architecture Exhibition at La Biennale di Venezia. Rafael Aranda, Carme Pigem and Ramon Vilalta, along with the Ramon Llull Institute and the strategic support of the Architects’ Association of Catalonia, will be taking their reflections on architecture to Venice just one year after winning the prestigious Pritzker Prize.

‘RCR. Dreams and Nature’ is intended to transport visitors to the world of dreams, namely the architectural dream of RCR: La Vila, the research space on the relationship between humanity and architecture that the Olot architects have set up in the La Vall de Bianya.

The aim of the installation is for visitors to traverse the space as if they were in a dreamscape. They pass first through ‘The Threshold’, a dematerialized and dynamic space with no panels or models that revisits the architectural trajectory of RCR Arquitectes. After this phase, visitors can immerse themselves in ‘The Dream’, the space that transports them to La Vila and which, with different materials and references, relates their own personal dream and life project.

It also involved a university programme in which eight schools from Catalonia sent proposals in response to the question raised by the curators: 'What do we learn from nature?'. Five proposals from each participating school were selected, which are being displayed on a screen at the exhibition.
24/05/2018
Tornar