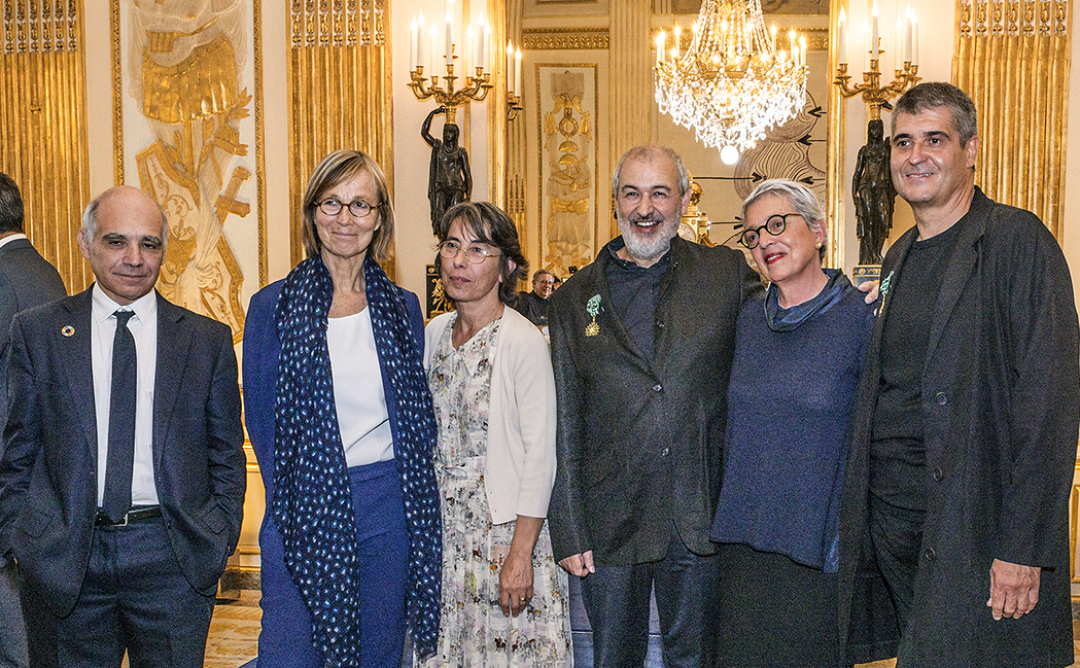 Imatge:
RCR Arquitectes
The Catalan architecture practice RCR Arquitectes has been distinguished with the French Ordre des Arts et des Lettres, an honorary decoration that has been awarded by the French Ministry of Culture since the mid-1950s.

The architects were named as Officiers—the second highest decoration in the Order—after fulfilling the requirement of being Chevaliers for five years. The distinction was awarded on Thursday, 4 October, by Françoise Nyssen, the French Republic’s Minister for Culture.

RCR Arquitectes is an architecture practice founded in Olot thirty years ago by Rafael Aranda, Carme Pigem and Ramon Vilalta, and is a leading light in architecture and landscaping thanks to their sensibility and attention to context. Their work has received numerous national and international awards, culminating in the Pritzker Prize in 2017.

In France they have been responsible for some iconic projects in the cultural arena, such as the celebrated Soulages Museum in Rodez, one of the most visited museums in the country. They are currently involved in a major project in Paris (their first one in the French capital): a cultural centre on Seguin Island. They are also representing Catalonia at the Architecture Biennale in Venice.