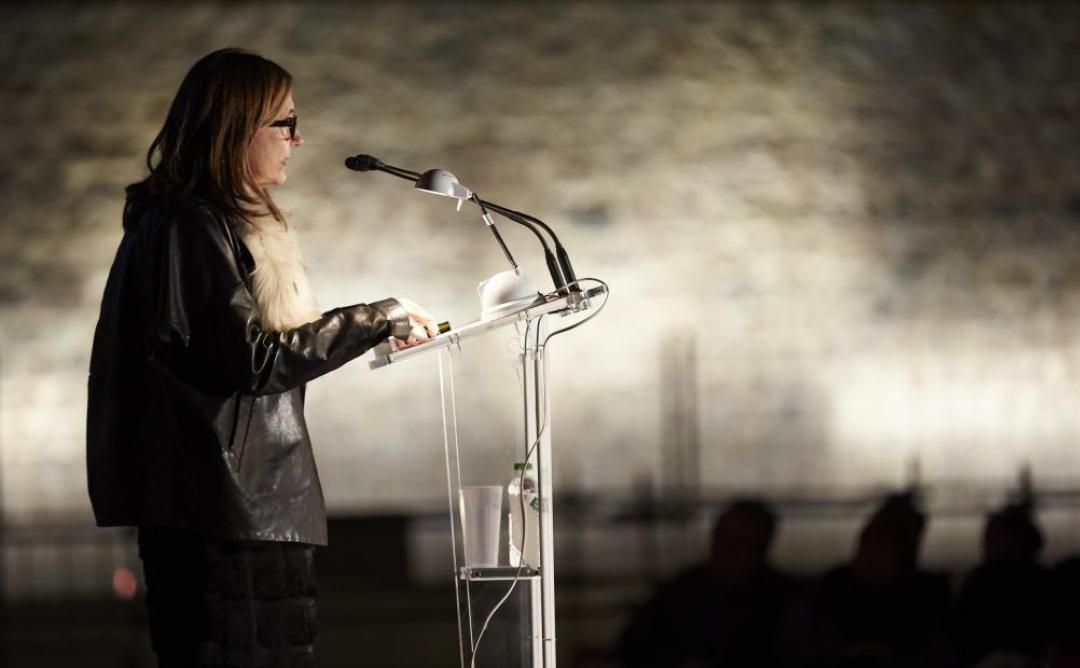 Beatriz Colomina: "There is a need to build a hybrid city, between what is real and what is virtual"

Imatge:
© Col·legi d'Arquitectes de Catalunya (COAC)
The last lecture of the closing ceremony of the Architecture Congress was that of Beatriz Colomina, a PhD architect; a historian and a theorist specialised in the relationship between architecture, users and the media; and professor of History and Theory of Architecture and Director of the postgraduate program at Princeton University.

Colomina highlighted that, with industrialisation, the workplace - factory or office - got split from housing. This is the type of city we are still living in. However, with the advent of mobile phones, the idea of a 9-5 working day is already outdated. Now we are available 24 hours, we live ’24/7’. Colomina explained that the Wall Street Journal announced that 80% of young professionals in New York regularly worked from home. “The post-industrial era gets work back into the home and, specifically, into bed”, the architect explained. “Capitalism implies the end of our chance to sleep. It colonises every minute of our lives so that we produce and consume”, she said. This transforms architecture, because it definitely changes temporality and space. We will live in a continuum, “which is another form of exploitation”.

What is the shape of the prison where we cease to differentiate night and day, work and leisure? The bed has become the working space. Somehow, Hugh Hefner, owner of ‘Playboy’, already anticipated this, Colomina explained. The tycoon has barely left his round bed since 1960, when he moved to the Playboy Mansion in Chicago and “made it the epicentre of a global empire he has been managing wearing pyjamas and a silken dressing gown”.

A perverse logic. To understand it, Colomina explained the functioning of the mobile app ‘snapchat’: a social network in which the file disappears from the recipients’ phone between 1 and 10 seconds later. Or the fact that a 5-year-old is able to design his own avatar and Facebook page. We are all building ourselves in this space. We will exist as physical people, but also as our avatars, what we would like to be. “Everyone is the curator of your images on the net”, she said.

“There is no turning back”, Colomina asserted. We are facing a situation which may imply the end of work as we know it for many people. But it is also the end of architecture as we knew it up until now. The digital space has appeared, and “there is a need to build a hybrid city, between what is real and what is virtual”.

In the new world of social networks, knowing what is being built is also important, and “how “instagrammable” a building is, how many tweets or likes on Facebook will it get?” To Colomina, “the responsibility of architects is understanding said new digital media and their power. Nowadays, no one wants to be on the Times cover anymore”. Social networks are redefining spaces, the line between private and public gets blurred. And everything becomes Big Data.
10/01/2017
Tornar