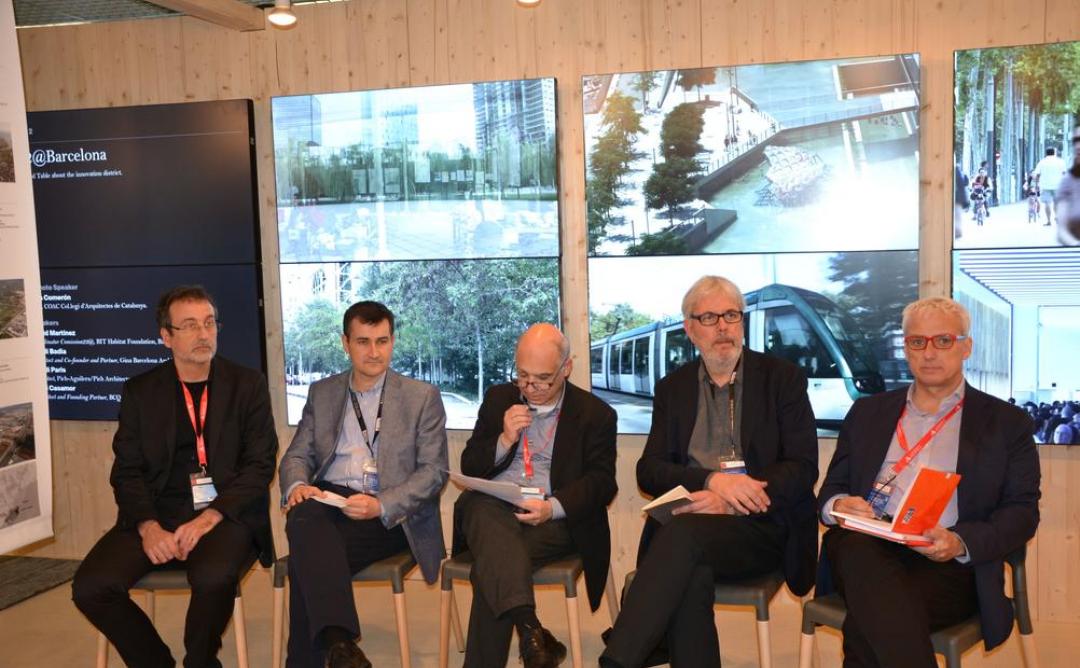 The COAC accompanies the Catalan delegation to MIPIM

Imatge:
© Incasòl
The dean of the Architects’ Association of Catalonia, Lluís Comerón, joined the Catalan delegation at MIPIM, the world’s leading property market, which took place from Tuesday, 14 March, to Friday, 17 March, in Cannes (France).

The Catalan delegation was led by the Minister for Territory and Sustainability, Josep Rull; the Councillor for Architecture, Urban Landscape and Heritage at Barcelona City Council, Daniel Mòdol; and the director of Incasòl, Damià Calvet, who travelled to MIPIM to promote the development of new strategic projects in Catalonia, especially in the Barcelona metropolitan area, and the logistics infrastructure associated with the Corredor Mediterrani train line.

Round table on innovation and architecture

In the context of the exhibition, on Tuesday, 14 March, at the Barcelona-Catalonia stand, Lluís Comerón moderated a round table dealing with innovation in Barcelona’s 22@ district. Participants in the round table included urban planning advisor at the Barcelona City Council, David Martínez; the architect, partner at GINA Barcelona Architects and director of BAAS Arquitectura, Jordi Badia; the architect and director of projects for Pich Aguilera, Jordi Paris; and the founder of the architecture firm BCQ, Toni Casamor.

In his speech, the dean pointed out that “architects have played a decisive role in the introduction of new models for urban planning, management and technological infrastructures for the future”. Comerón also added that “thanks to quality architecture, the 22@ district has been a success, which made economic growth compatible with the knowledge economy and innovation”.

The main goal of the Barcelona-Catalonia stand at MIPIM, which became a point of reference with regard to design, was to promote Catalonia as one of the best investment destinations in Europe. Attendees from all over the world were introduced to the economic appeal of Catalonia through six round tables that analysed, among other things, Barcelona’s urban model or the economic opportunities in the city’s metropolitan area.

This year, nearly 23,000 participants from 90 countries attended MIPIM, along with 2,600 exhibitor companies and more than 5,300 international investors.