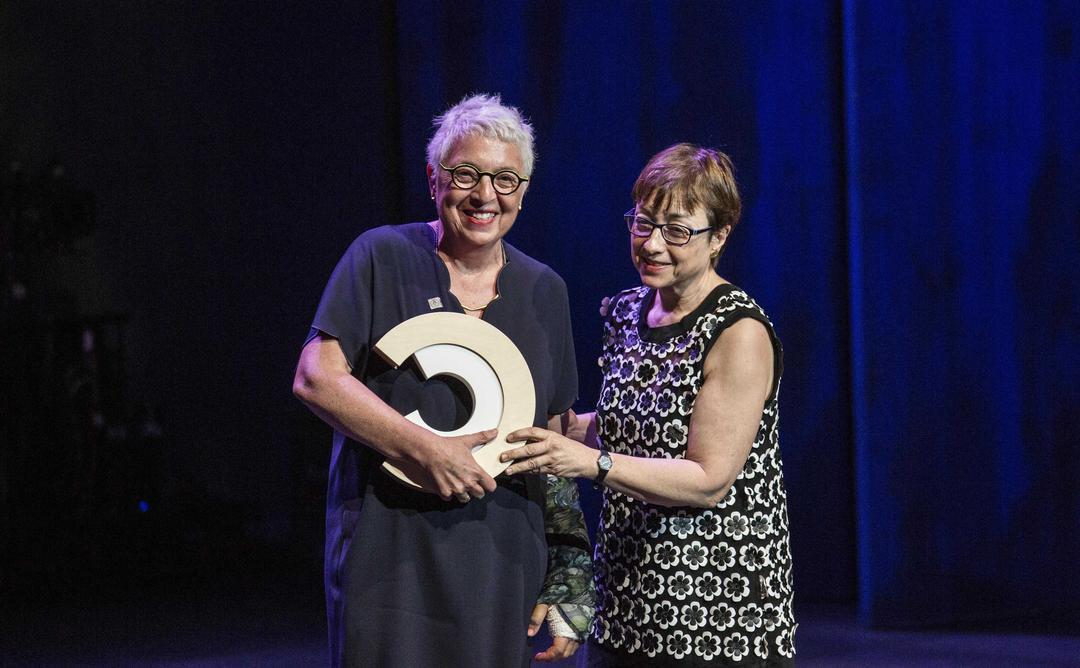 On Thursday 4 July, the Architects’ Association of Catalonia was presented with the National Culture Award, given by the National Council for Culture and the Arts (CoNCA). The gala event was held in Teatre l’Artesà in El Prat de Llobregat.

The dean of the COAC, Assumpció Puig, said on receiving the award, that “this recognition validates all the cultural actions that we have undertaken throughout the Association’s history to raise the profile of the values and profession of architecture in society”. Puig also lauded “the Historical Archive, which is celebrating its fiftieth anniversary; the Library, which is the second largest in Europe in terms of the number of books on architecture; and the dedicated work of our eleven branches”.

The awards were announced on 20 March and the CoNCA highlighted the work of the COAC in championing the architectural assets and heritage of the whole of Catalonia. Indeed, the work of the COAC’s Archive in the “meticulous stewardship and dissemination of technical, urban planning and photographic material” has made it an important documentation centre for architects and historians that “further enhances the prestige of Catalan architecture”.

The Historical Archive, which this year celebrates its fiftieth anniversary, is a European point of reference for architectural studies, with more than two million documents in which the history of our country is recorded. The Library is the second largest in Europe in terms of the number of volumes on architecture, with more than 180,000 references.

The event was attended by the President of the Government of Catalonia, Quim Torra, the Minister for Culture, Mariàngela Vilallonga, the Mayor of El Prat de Llobregat, Lluís Mijoler, and the President of the CoNCA, Carles Duarte. The actor Pep Cruz was responsible for presenting the ceremony, produced by Dagoll Dagom, which also featured performances by Alfred Garcia, Les Impuxibles, Roberto G. Alonso and Carme Canela.

The National Culture Awards
The National Culture Awards, which have been given by the CoNCA since 2009, are the most important distinction in the field of culture in Catalonia and recognise the track record and talent of four organisations and six individuals. The awards recognise individuals and groups who have contributed to raising the profile of Catalan culture, either through their intellectual or artistic work or in extolling our shared identity.