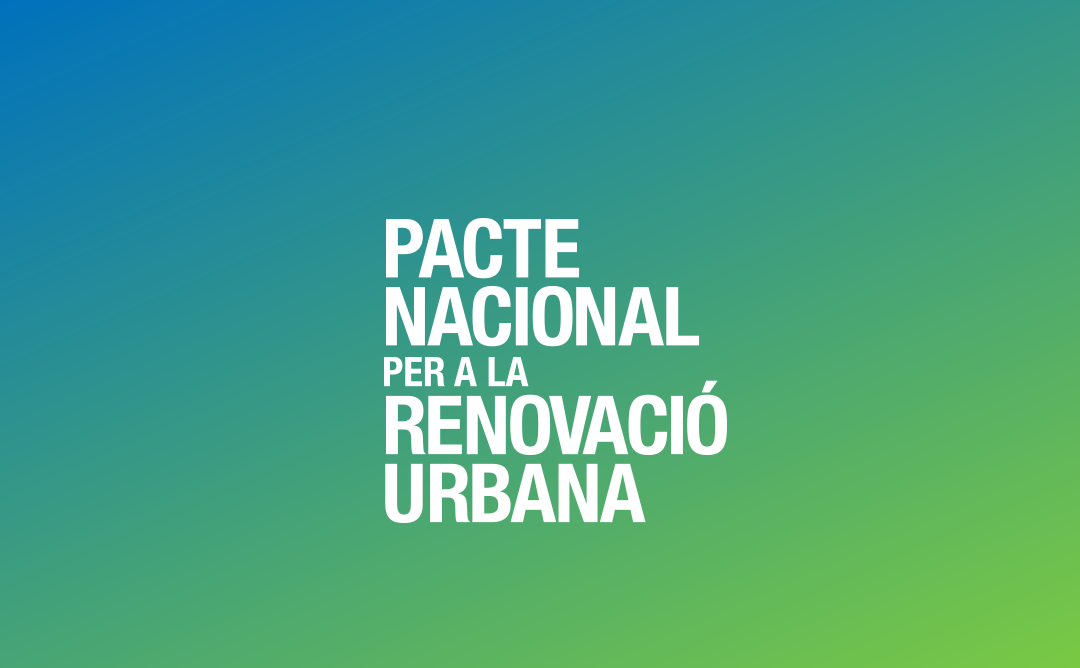 Catalonia agrees to develop a National Deal for Urban Renewal

Imatge:
© Col·legi d'Arquitectes de Catalunya (COAC)
The Generalitat government agreed, last 1st August, the impulse to the creation of the National Agreement for the Urban Renovation of Catalonia.

The aim of the future deal is to turn around the actual urban renewal situation in Catalonia and Spain, two of the territories where less rehabilitations are held from all around Europe. To do so, a transversal, integral an complete perspective of the urban renewal is adopted, either from the interventions in public and private space and its effects on the people's quality of life.

The Architects Association of Catalonia (COAC) proposed the initiative, which was born as a result of the debates celebrated through the Architecture Congress 2016, and was brought to the Department of Governation, Public Administration and Housing as well as to the Department of Territory and Sustainability. (Consult the proposal of agreement approved by the Catalan Government Board March 2017).

Due to the reality of the field, both departments considered the COAC's document was appropiate and necessary and agreed to start elaborating a national agreement. Additionally, the Architects Association of Catalonia assumed the secretary functions, which develop the coordination of the Impulse Group, the Strategic Council and the Deal Table. It also contemplated the the creation of a documentary file regarding the challenges and the areas of work undertaken, as well as the expert's involvement and the concretion of the agreement measures.

The future deal is born with supports of many kinds and the participation of multiple departments from the Generalitat, such as Health, Business and Knowledge, Culture, Education, Economy or Work; from public administrations like Barcelona City Hall, Diputacions or town associations, professional organizations, public bussinesses, trade unions and enterprises and agents from the university field, just to mention some of them.

The agreement, key to renew cities and people's lives
The aim of the agreement is none but to define a new framework for public policies (economical, legislative or social) and for private initiatives related to urban renewal and rehabilitation. More especifically, the goals are set in the following areas: welfare and comfort of people, social cohesion, prevention and correction of inequalities and vulnerabilities, energetic transition and drecrease of CO2 emissions, circular economy, introduction of new and better compensations, access to housing and application of new technologies.

Presentation of the future Agreement
Next 5th September at 5pm, Councelor of Governation, Public Administration and Housing, Meritxell Borràs; Councelor of Territory and Sustainability, Josep Rull; and dean of the Architects Association of Catalonia, Lluís Comerón, will present the government's agreement and the deal's goals.
25/08/2017
Tornar