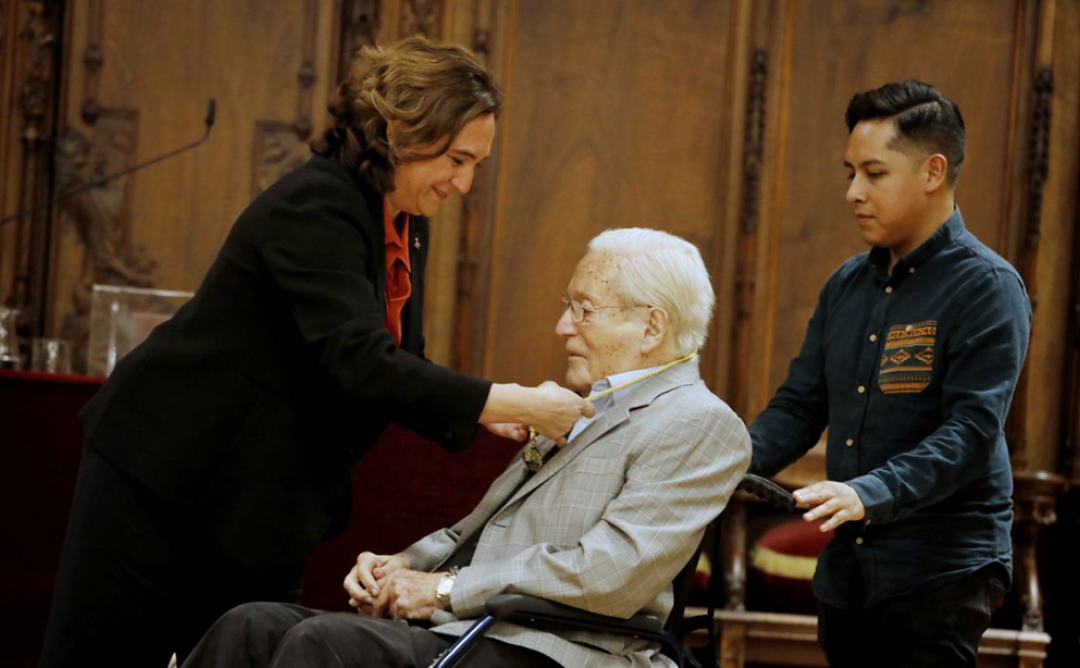 During the ceremony, an emphasis was put on Bohigas’ contribution to 'the urban and architectural development' of the city. According to Ada Colau, the winning architect has placed 'architecture at the service of the community and common good' and has been 'decisive in the configuration of modern-day Barcelona'.

As well as speeches by Colau and Janet Sanz, Deputy Mayor for Ecology, Urban Development and Mobility, and by the architect’s son Pere Bohigas, his professional colleagues and friends Ramon Faura and Francesc Pla also played an active part in the event. The event was also attended by dean of the COAC, Assumpció Puig, and president of the CSCAE (Higher Council of Architects' Associations of Spain) and former dean, Lluís Comerón, amongst other dignitaries.

Biography
On completing his education, in 1951 Bohigas and various other architects founded Grup R. That same year he went into partnership with Josep Martorell and then in 1962 with David Mackay to form MBM Arquitectes. Years later, in 2000, Oriol Capdevila and Francesc Gual joined the practice. The practice has undertaken projects such as Barcelona's Escola Thau (1974), the Olympic Village and Olympic Port in Barcelona (1992), the TecnoCampus in Mataró (2011) and, more recently, Disseny HUB Barcelona in Plaça de les Glòries (2013).

Bohigas has won numerous awards, including the Gold Medal for Architecture given by the Higher Council of Architects' Associations of Spain (CSCAE) in 1990; the St George's Cross, given by the Government of Catalonia in 1991; and the National Architecture Award granted by the Ministry of Housing in 2006. In addition, his works have been distinguished on several occasions with the FAD Award, of which he was one of the founders.