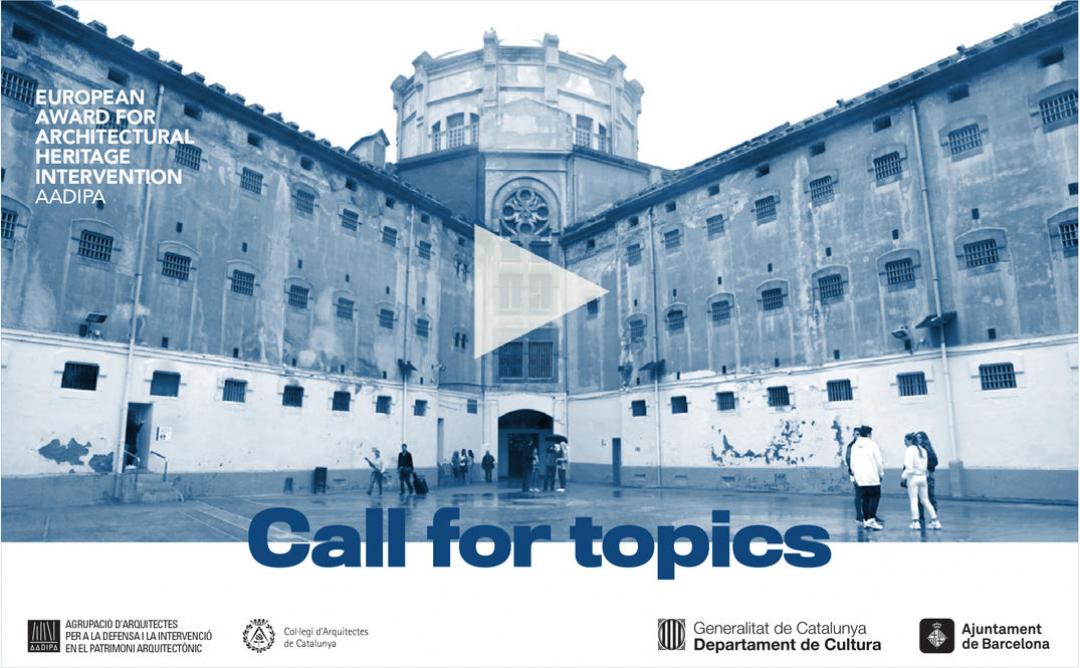 The AADIPA Award presents its new documentary "Call for topics"

Imatge:
© Col·legi d'Arquitectes de Catalunya (COAC)
“Call for topics” is a documentary, born from the critical and informative vocation of the European Award for Architectural Heritage Intervention AADIPA, in which heritage experts establish the basis of what will be an open debate on the present and future intervention on architectural heritage.

Passion, memory, innovation, functionality... These are some of the words that the protagonists of “Call for topics” include in their argument when reflecting on the current practice of intervention in architectural heritage and how they think it should be in the future. A documentary with the aim of starting a debate and giving a voice to all those professionals and academics interested in the challenges and the future of the intervention at European level.

“Call for topics” has its origin in the event of the same name that took place on May 12, 2018 in Barcelona, within the Architecture Week, in which architects Pere Buil, Carles Enrich, Toni Gironés, Jordi Rogent, Marc Aureli Santos and historian Montserrat Villaverde, all of them jury members in different editions of the Award, participated in an open debate with the aim of building a plural vision about intervention in architectural heritage.

Subsequently, together with the reflections initiated at the Architecture Week, the documentary was completed with the opinion of the architects as well as jury members of the Award: Fernando Cobos, Carsten Hanssen, Celestino García Braña, Alessandro Alì and Sonia P. Landázuri who, in line with their forerunners, contribute new approaches on the subject.

Through the website of the documentary, professionals are encouraged to get involved and share their points of view. Their reflections will be added to a collective debate and will give continuity to a discourse that is becoming increasingly more relevant in today’s society, regarding the guidelines and dynamics with which this practice should be approached in the coming years.